As with most things in our classroom, it started with a story.

In our Classroom Story, “Carta Marina”, we had a portion called Dungeon Dash where students’ characters were navigating a dungeon looking for monsters, loot, and keys. One group encountered a Slime, the most basic, weak, and ubiquitous of the Fantasy Role-Playing Game enemies/monsters.

Below is the first page of a comic about the events one group experienced…and the advent of JERRY the Slime. 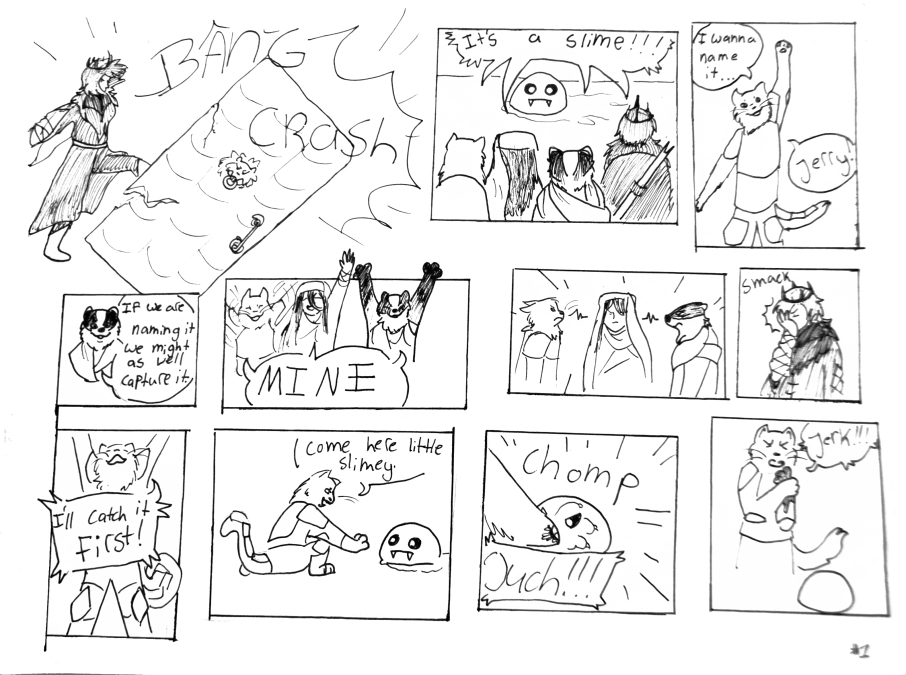 Then, one October day, Jerry found a spot on our whiteboard (he didn’t start with the Santa hat). I’ve always let students draw and doodle on a certain part of our whiteboard, but one day in December, Mr.Wichenko (teaching candidate), noticed the students started taking liberalities with the space given.  Their doodles were encroaching on our valuable whiteboard space so he asks, “when do I start erasing stuff and taking our spot back?”

I figured it was time to take it back to the students. What is the nemesis of slime? 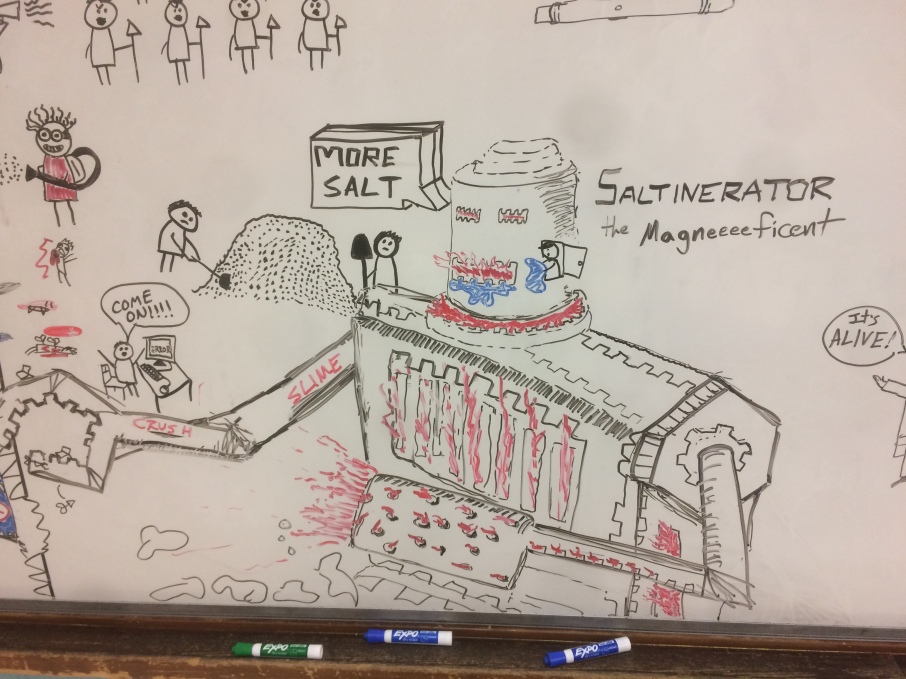 Salt throwers. Army of salt men. Puddles of slime. Saltinerator. THE DOODLE BATTLE WAS ON.

We had a couple rules though. 1. No erasing other peoples stuff. 2. Doodles had to somehow relate to the battle.

Here’s my quick-notes on why this experience was awesome.

Personally, my favourite part was when I drew a spy amongst the slimes. It was just a bunch of salt people in a suit.

When the students eventually found it amongst the other doodles, they quickly acted.

And then sent their own unit into deep cover. 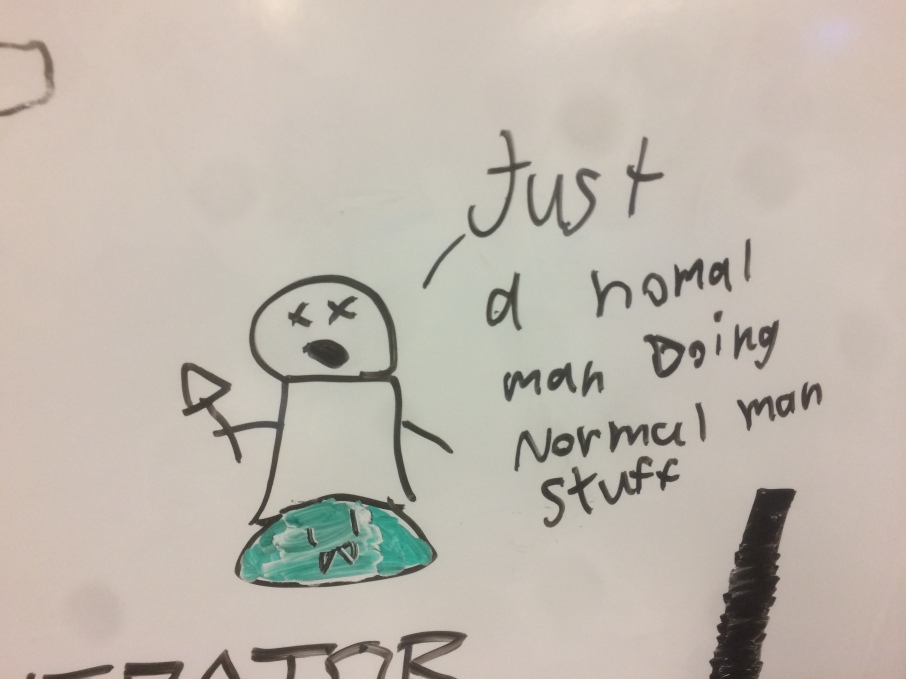 Over the course of a week the whiteboard became a living art installation in the room, constantly changing and expanding. We had our fun, and on the last day before Winter Break, the doodlers all got together and erased everything…except Jerry.

Oh, and here was our “finished product”.